What you didn’t know about the Jericho Development

You might have walked passed the area before, or even seen it on your bus route to work. But there is a 90-acre stretch of property right next to Kitsilano in the West Point Grey neighbourhood of Vancouver where an old Garrison sits on the vast space. 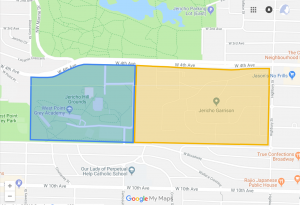 It’s funny how you might pass a place everyday but not know much about it. Why is it there? When was it built? What will happen to it?

A bit of history

The Jericho Garrison was built during the Second World War to defend the westernmost tip of the Vancouver peninsula from a possible Japanese invasion. Since it’s construction, it served as a military base before being sold in 2014 to the Canada Lands Company (CLC) and MST Partnership.

The units that were previously based at Jericho have since been relocated and the expansion and renovation project will soon be underway.

It’s important to pay due respect to the original source of the lands. This property sits on the traditional territories of the Musqueam, Squamish, and Tsleil-Waututh Nations. Together, these groups form the MST.

Reports have stated that the planning process for the Jericho Lands are unlike many we’ve seen before. The goal is to create new opportunities for sharing culture, storytelling and healing. The intention is for the Jericho Lands site to be a unique place where they incorporate Indigenous values and principles into the planning and design of the site.

What exactly will they do with the land?

Seeing a prime piece of land in the core of busy Vancouver, how could you not want to invest in decent realty here. According to a City staff report, there will be given priorities to the creation of new and affordable housing, and will include services such as childcare, community space, parks and open public spaces.

They are still in the early stages, but we expect it will be significant especially considering how it’ll be near the path of the future extension of the Millennium Line from Arbutus Street to UBC.

When will they start?

The CLC and the MST Partnership have asked the City of Vancouver to prepare a policy statement for the 90-acre site, a policy planning process which will take place on March 2, 2019.

A Closer Look at the Jericho Lands Development