The housing market in greater Vancouver has been keeping us all on our toes for the last several years. It’s hard to predict what will happen at any given time. We’ve seen the price go up, and it’s hard to believe that it might just be on its way to coming down, even a little. While the price for detached housing continues to increase, we’ve definitely seen a bit of a drop when it comes to attached housing.

A total of 12 detached homes sold in February. This is four times the amount compared to January. Of those 12 homes, 4 of them even sold for above asking price. The amount of homes sold isn’t the only thing that has increased. The average sale price has also gone up. As far as we can see, the only thing that has decreased is the amount of days the homes have been on the market.

Buyers, you might want to think about getting in there and joining the competition. You don’t want to miss out on catching the home that’s right for you.

Home sales didn’t just increase for the detached market. The attached housing market also saw a rise in sales. As a matter of fact, the amount of detached homes sold doubled in February since January. And to top it off, at least half of the listings that sold had been listed for less than a month before they were snatched up.

Despite the increase in sales, the average sale price  continues to decrease, favouring the buyers. But with the average days on the market being 16 days, buyers might have a bit of a race before them to get the home they want.

For a more detailed analysis on the data and further advice on the trend in Kitsilano, contact us for professional consultation. 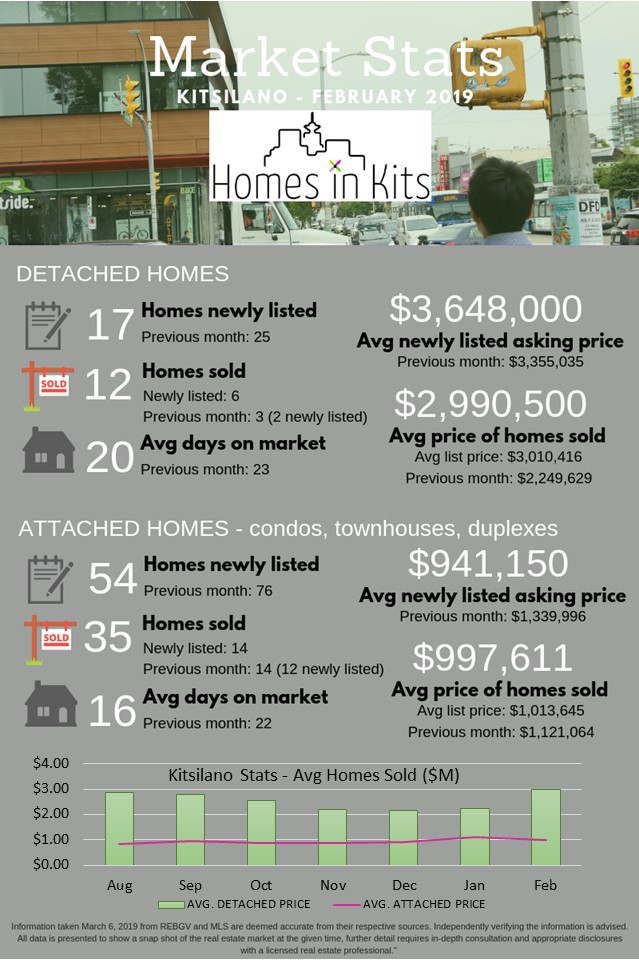